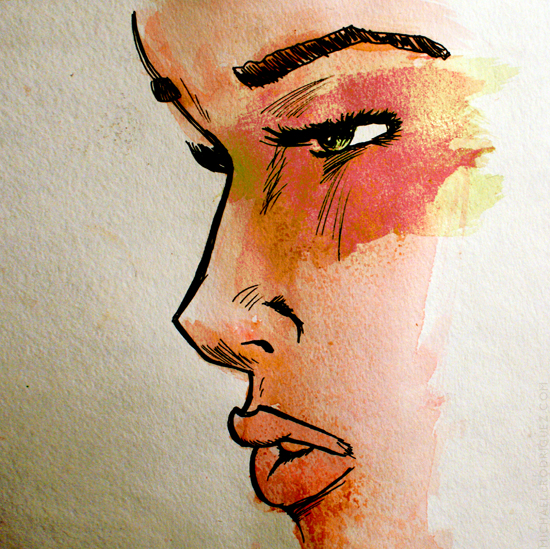 I am finally starting on my new watercolor series at the end of the month. I put lots of preparation in this series and I can’t wait to start. I am still in need of models -> michaelcxrodriguez(at)gmail.com 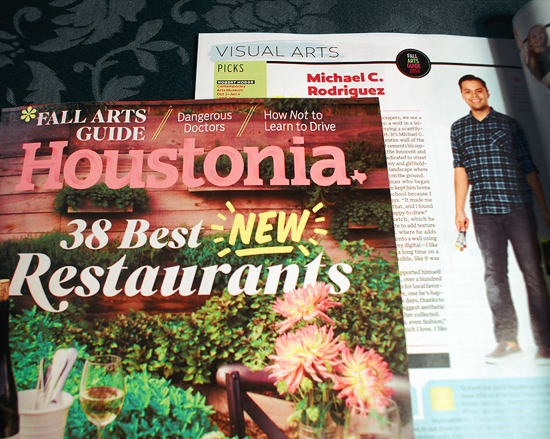 The October issue of Houstonia is officially out on stands here in Houston. I have a write up, photo, and a two-page spread illustration for the article, “6 Young Artists Who Are Reshaping Houston’s Art Scene” in this month’s issue. I appreciate everyone at Houstonia for everything and Big thanks to Chris and Michael!

I embedded the entire write up below 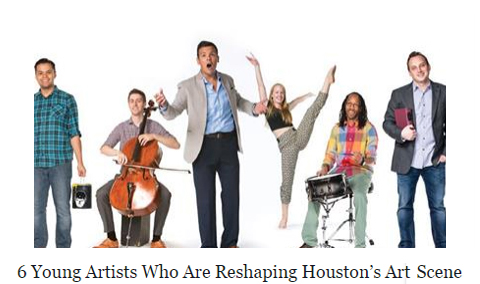 SET AGAINST A BACKGROUND of generic skyscrapers, we see a series of brightly-colored, cartoon-like figures: a wolf in a leisure suit; two menacing dinosaurs; a robot carrying a scantily-clad woman in his arms; a bear wearing a T-shirt. It’s Michael C. Rodriguez’s latest mural—stretching across an entire wall of the cavernous Winter Street Studios complex—and it cements his reputation for blending the cute and the grotesque, the innocent and the evil. For last year’s Station Museum show dedicated to street artists, Rodriguez painted a stunning image of a boy and girl holding hands, skipping merrily into an apocalyptic landscape where drones patrol the sky and plumes of smoke rise from the ground.

Rodriguez is a mild, soft-spoken man, a man who began drawing because of a childhood illness that often kept him home from school. “It was hard to keep friends in school because I often wasn’t there, so I just turned to art,” he says. “It made me happy—I loved drawing. I’d come home and do that, and I found a lot of comfort in it. Even today, it makes me happy to draw.”

Rodriguez’s murals begin with a pencil sketch, which he then finalizes in ink, using watercolor or graphite to add texture before scanning the image into his computer, where he adds color in Photoshop. Finally he paints the image onto a wall using a combination of acrylic and latex paint. “I’m very digital—I like clean lines, solid colors,” he explains. “I’ll take a long time on a mural because I want everything as clean as possible, like it was made on a computer, and really bright.”

For the past decade, Rodriguez has mostly supported himself by creating artwork for local and national bands, over a hundred of them at last count, including two album covers for local favorites The Tontons. But murals remain his first love, one he’s happily able to give more and more attention to these days, thanks to a growing number of commissions. He says his biggest aesthetic influence is ’60s-era comic books, which his father collected.

“I just love a lot of art from the ’60s—comics, even fashion,” he says. “It just has this romantic feel to me, which I love. I like to put romance into my work.” —MH

I had trouble taking a proper photo of the two-page illustration so I will post it next time! 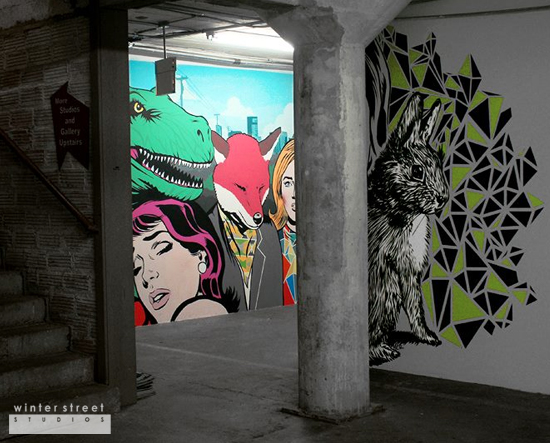 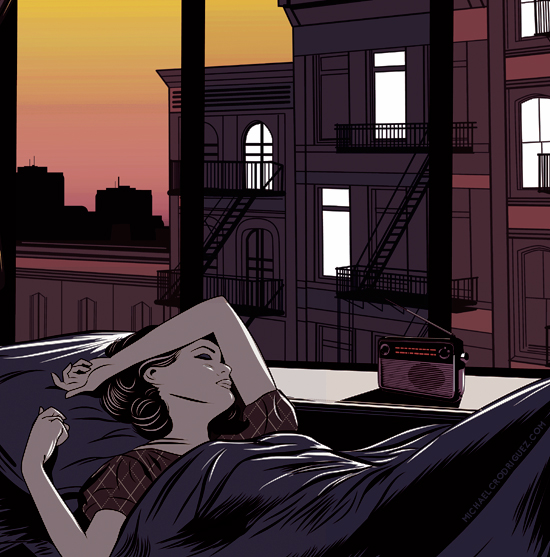 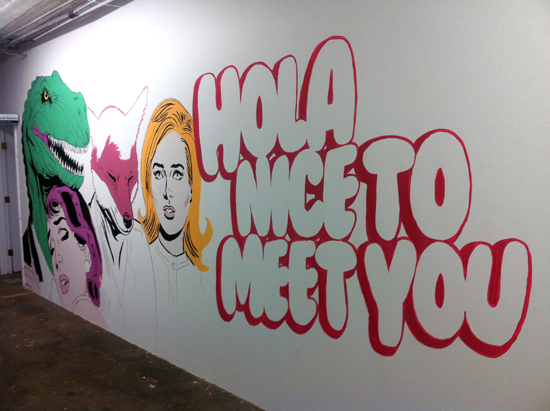 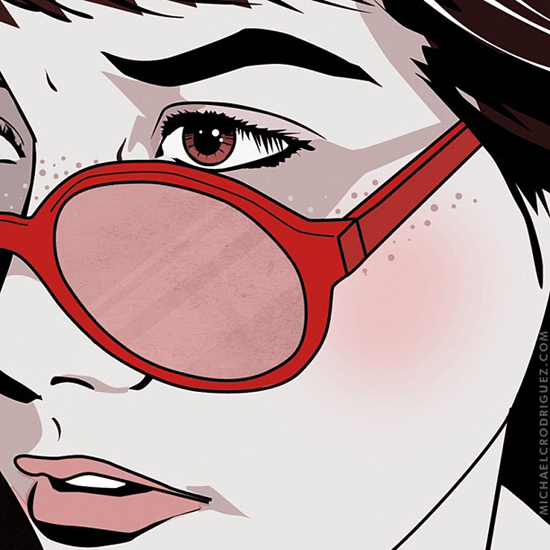 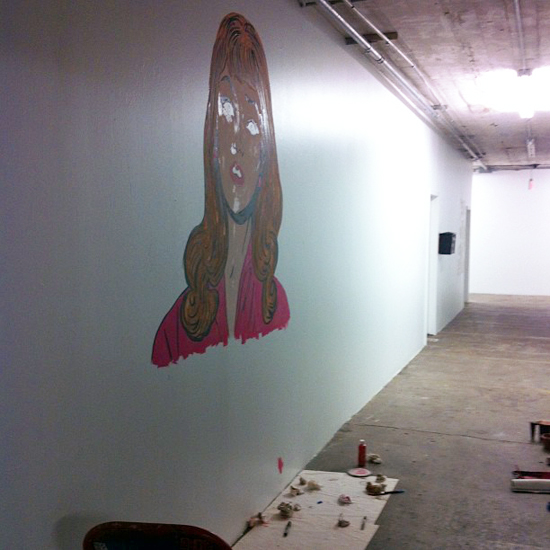 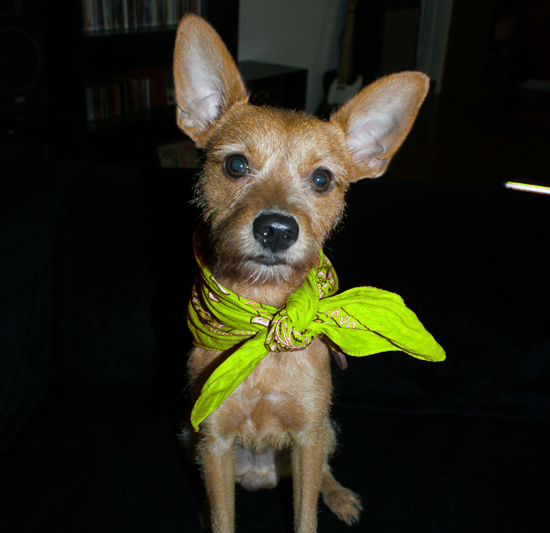 Big thanks to RVR Photography for the photo! It was taken right before I about to leave to finish up a painting. This is probably my first self portrait in two years. 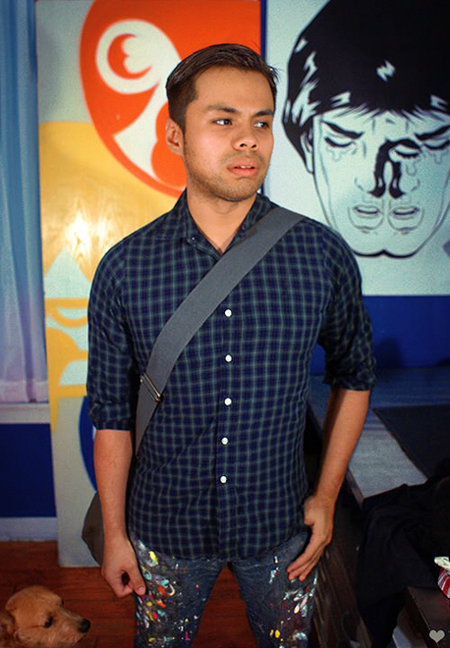